Your shopping cart is empty

The African Country of Mali was shaken back in 2012 by terroristic attacks including groups of Al-Quaeda and Tourag Nomads. But, the French and Netherland troops pushed back the terrorist furhter to north, where, still a war is going on. Recent research shows, the conflict in Mali between government forces and rebels has shifted from the northern to the central part of the country and rebels are finding refuge in neighboring Burkina Faso and Mauritania; a benefit for drug and weapon smugglers as security forces where mainly deployed to the north to stabilize the shaken region.

The board engineer of the NH90 Helicopter of the Bundeswehr, the German Armed Forces, observes the desert during a night training flight using night vision at Camp Castor on March 4, 2017 in Gao, Mali. The Bundeswehr holds currently four NH90 Helicopter at Camp Castor and helps the United Nations (UN) as part of the U.N.-led MINUSMA enforcement mission (United Nations Multidimensional Integrated Stabilization Mission) for Medevac (Medical Evacuation) in Mali. In addition the Bundeswehr provids two C-160 cargo planes in order to evacuate injured soldiers participating in MINUSMA operations in neighboring Niger back to Europe. The Bundeswehr has committed helicopters and 750 soldiers to the MINUSMA mission as well as 147 soldiers to the EUTM mission (European Trainings Mission Mali) to train government troops. In mid-April the Bundeswehr is to deploy four ´Tiger´combat helicopter. (Photo by Alexander Koerner/Getty Images) 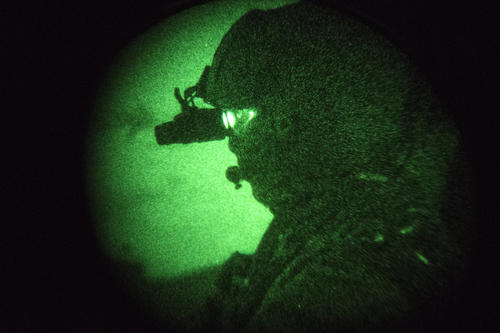 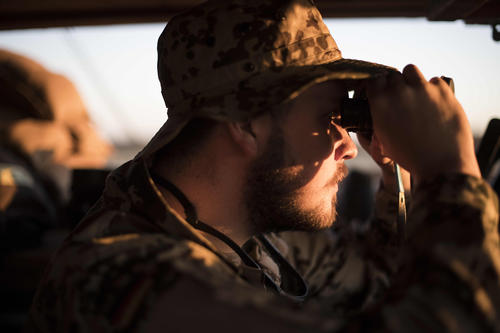 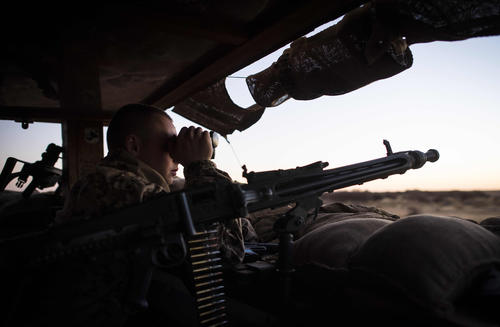 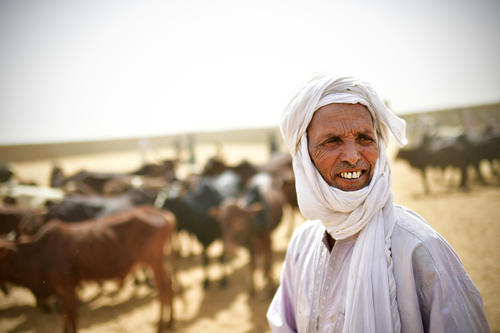 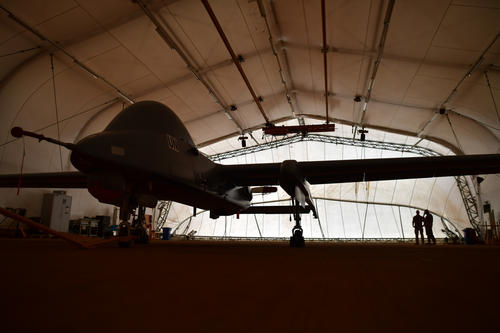 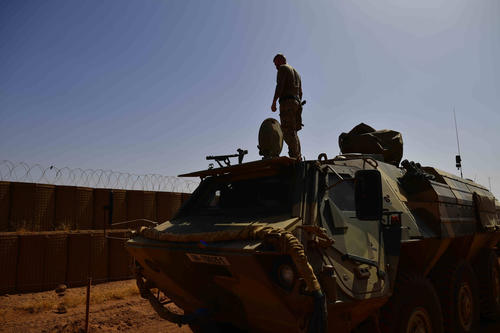 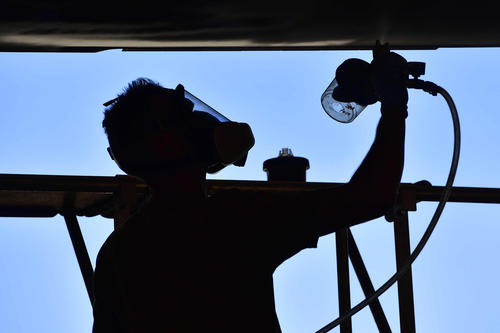 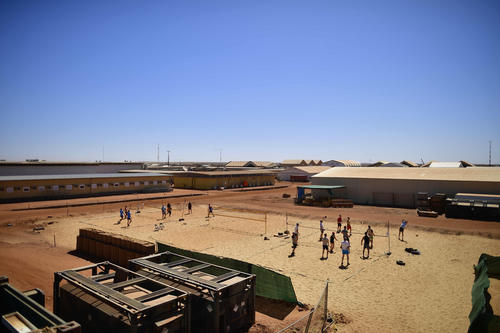 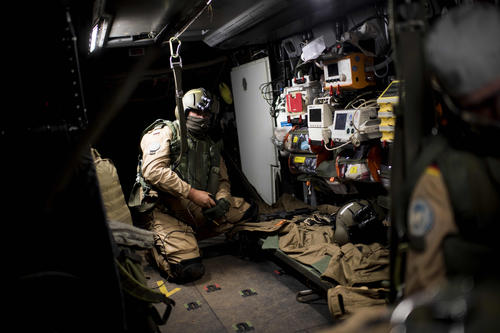 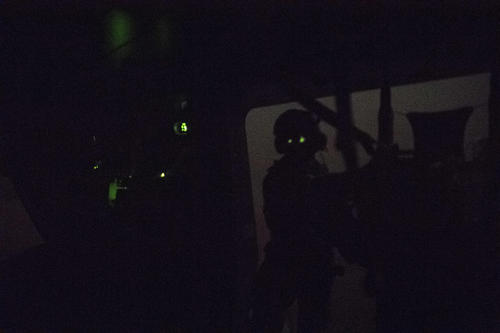 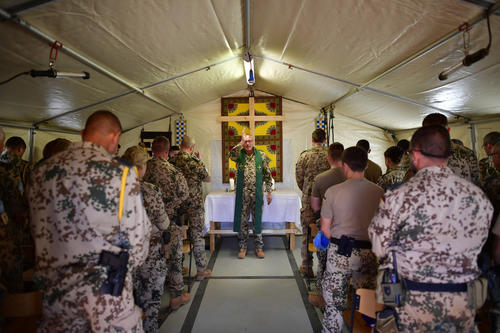 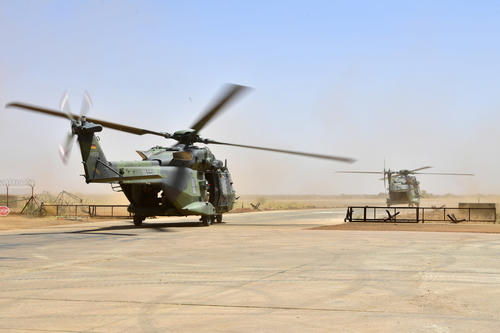 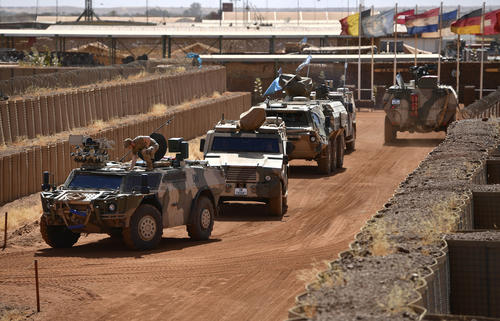 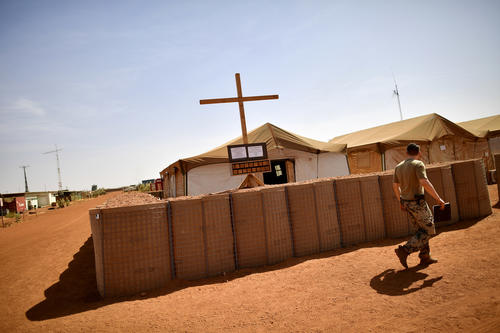 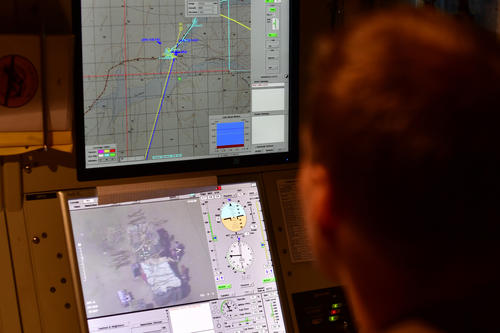 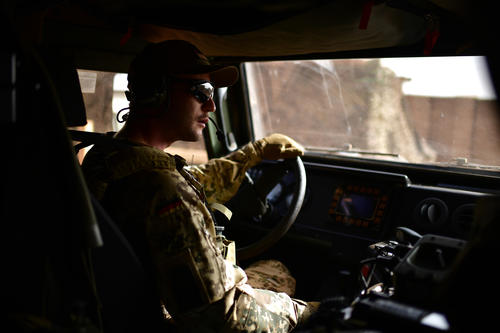 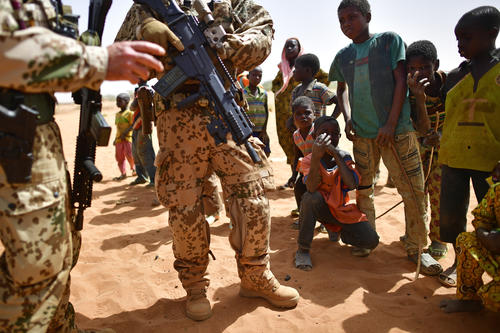 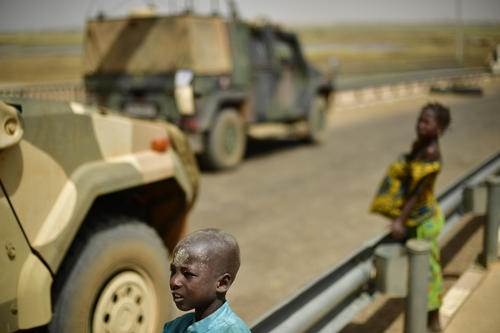 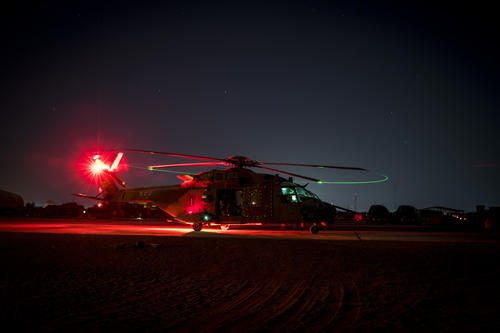 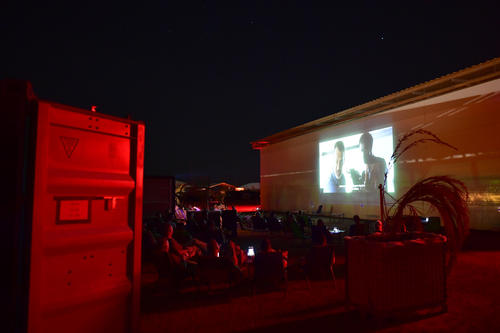 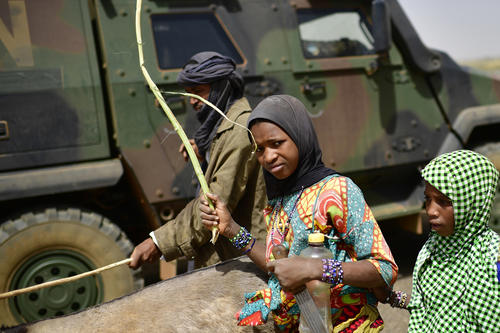 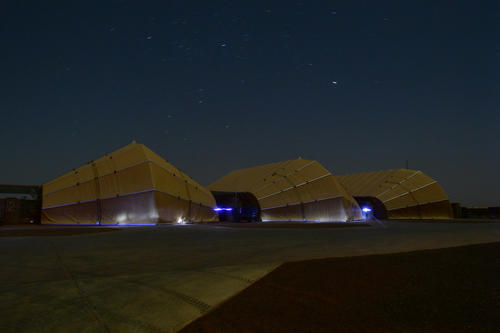